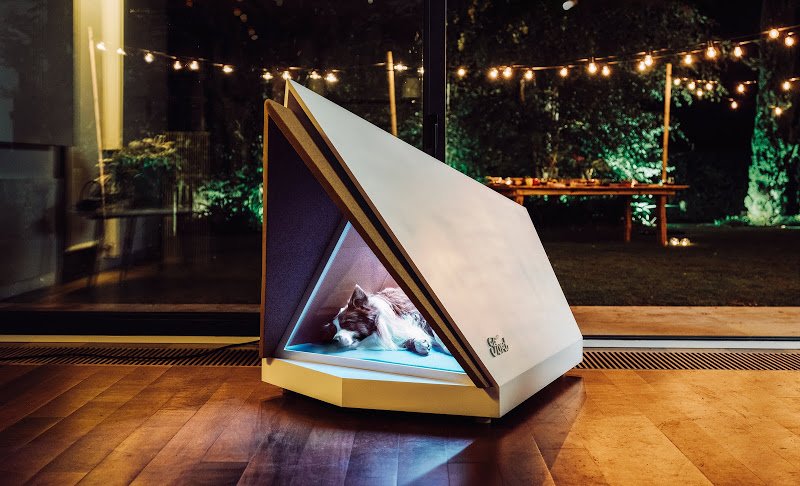 Our furry friends have very sensitive hearing. Sometimes booms, pops or bangs from fireworks or other loud noises can be incredibly terrifying for them. Often owners try to figure out ways to help their pets through storms or firework celebrations such as New Year’s or 4th of July. Owners may try turning on some music, using a thunder shirt, or run a fan to cancel the loud noises.

However, that may not always work.

Well, engineers at Ford announced at the end of 2018 that they were developing a prototype for a noise canceling kennel. The invention was featured on Ford Europe. The post showed photos of the noise-canceling kennel that’s made specifically for pets to shelter them from loud noises. The video below explains the prototype in more detail, has a cameo from the “Dogfather” Graeme Hall and adorable dogs.

The dog kennel is made of high-density cork. The invention also uses the same technology that engineers and designers built into Ford’s Edge SUV to keep engine noise out of the car’s cabin.

“When microphones pick up high levels of noise from the engine or transmission, this is counteracted using opposing sound waves from the car’s audio system,” the blog post reads.

In addition to canceling out loud sounds, the kennel has a stylish and comforting design that appeals to both dogs and their humans.

Currently, this is just a prototype. TechCrunch noted that it’s another product in Ford’s “Interventions” initiative. The initiative seeks out smart solutions to everyday problems using automotive technology. Ford also created a cot designed to soothe fussy babies by mimicking the feel of riding in a car as part of the same initiative.

Though the cot went viral, Ford has not put the cot into production. So there aren’t high hopes for this kennel to be put into production any time soon. But, you never know. We’re still hoping Ford will build this ingenious invention for pet owners to use. Of course, our furry friends will also be grateful as well!