Alaskan Malamute Vs Siberian & Alaskan Husky: How To Tell Them Apart 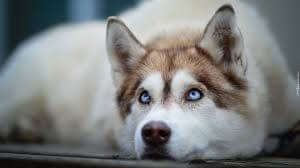 How to tell the Alaskan Malamute, Siberian Husky, and Alaskan Husky Apart

Some types of dogs look very similar to others and can be hard to tell apart. The Alaskan husky, Alaskan Malamute and Siberian husky are classic examples of dogs that get mixed up easily. Although these three dogs look and behave somewhat similar, there are a lot of differences too. Read on to learn more about the differences between the Alaskan Malamute, Siberian husky, and the Alaskan husky.

Surprisingly, not much has changed in the look of the Alaskan Malamute in the last 4,000 years. The Malamute’s ears sit far apart on his broad set head. His eyes are brown, and his bushy tail hangs up and over his back.

How Big is an Alaskan Malamute?

The Alaskan Malamute has a high prey drive and loves to run off. He is too large to jump over most fences, but will dig with powerful paws to burrow under fences and runoff; therefore, the Malamute should always be on a leash.

Malamutes show aggression towards other dogs of the same gender but are extremely loving with their human companions. Alaskan Malamutes are confident, super smart, and can be very stubborn.

The Chukchi people in Siberia used the original Siberian huskies to pull light loads at moderate speeds over great distances. Siberian huskies were bred for their ability to endure frigid temperatures and preserve energy.

Another difference is the appearance of the Siberian husky’s eyes. Unlike the Malamute, the Siberian husky can have brown eyes, blue eyes, green eyes, or one brown eye and one blue eye. The Siberian’s bushy tail is a little different too. The tail hangs in a sickle shape when he is on high alert. It drops lower when he relaxes. Siberian huskies are pack animals and get along well with other dogs and people.

What is an Alaskan Husky?

The Alaskan husky is a sled dog. It is bred to work, not for its appearance. Early Alaskan husky breeders only cared about producing dogs that could pull their weight no matter how they looked. For this reason, the modern Alaskan husky comes in a variety of appearances.

How Big is an Alaskan Husky?

The Alaskan husky is usually taller than the Siberian husky, but smaller than an Alaskan Malamute, although his height can vary widely. Alaskan huskies can weigh anywhere from 35 to 50 pounds. This dogs is typically faster than both a Malamute and a Siberian husky.

Some Alaskan huskies look like a cross between a Siberian husky and a Malamute, but many look more like a wolf. The Alaskan husky’s coat is usually short to medium in length. This dog has a lean body build with long legs and a deep chest. The tail curls up and over the back. The Alaskan husky usually has brown eyes and pointier ears than the Siberian or the Malamute.

The Alaskan husky, Siberian husky, and Alaskan Malamute have some differences, as you can see. However, they also have a lot in common. All three are highly intelligent and bred for working. They are challenging to train and like to learn at their own pace, not yours because of their independent and stubborn nature. All three have a high prey drive, love to run, and can escape easily. For this reason, it is a smart idea to keep them on a leash. 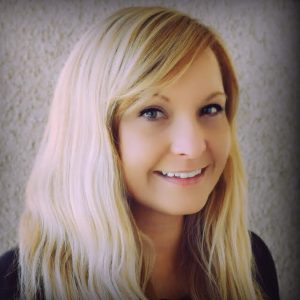 Sarah is not only a pet owner but loves animals of all shapes and sizes.

This website uses cookies to improve your experience while you navigate through the website. Out of these cookies, the cookies that are categorized as necessary are stored on your browser as they are essential for the working of basic functionalities of the website. We also use third-party cookies that help us analyze and understand how you use this website. These cookies will be stored in your browser only with your consent. You also have the option to opt-out of these cookies. But opting out of some of these cookies may have an effect on your browsing experience.
Necessary Always Enabled
Necessary cookies are absolutely essential for the website to function properly. This category only includes cookies that ensures basic functionalities and security features of the website. These cookies do not store any personal information.
Non-necessary
Any cookies that may not be particularly necessary for the website to function and is used specifically to collect user personal data via analytics, ads, other embedded contents are termed as non-necessary cookies. It is mandatory to procure user consent prior to running these cookies on your website.
SAVE & ACCEPT