Home » Rescue » 8 Great Reasons Why You Should Adopt a Dog

8 Great Reasons Why You Should Adopt a Dog 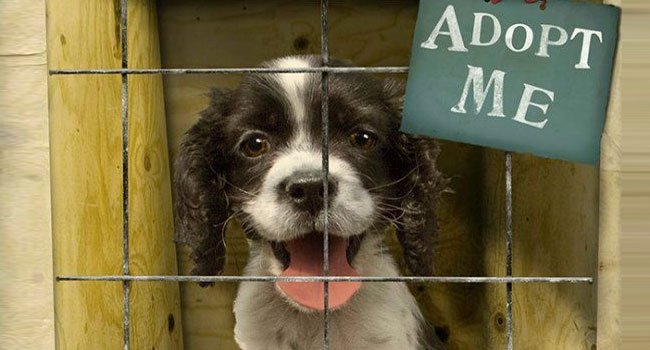 Dog adoption can have several benefits both for you and for your pet. This is especially true if you get a dog from your local animal shelter. Let’s look at some of the big reasons why adopting a dog from a shelter is a great idea.

1) Dog Adoption Will Save the Dog’s Life 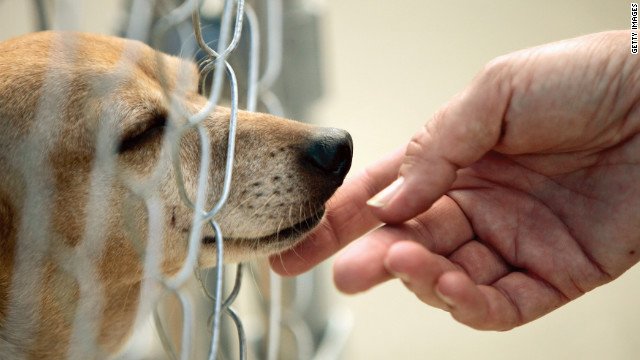 Far too often, dogs and other animals at shelters are there because they’ve been abandoned, neglected or abused by their masters. Thankfully, animal shelter personnel work tirelessly to rehabilitate these poor creatures.

Situations aren’t always so dire, though. Owners may have to give up their pets for a variety of other reasons. They might have become too sick or infirm to provide for them. They might have lost their job and been unable to pay for dog food and veterinarian visits. They might also have moved into a place that doesn’t allow dogs and didn’t know anyone who could take them.

Whatever the reasons might be, perfectly healthy and friendly dogs end up at shelters all the time. And unfortunately, lots of them don’t ever leave. According to the Humane Society, more than 2.5 million pets are euthanized in the US every single year. Some animals are simply too ill or too unstable to be let out, but too many have their lives ended because the shelters need to make room.

When you adopt a dog from an animal shelter, you’re giving them a chance at a better life.

2) Adopting a Dog is Cheap 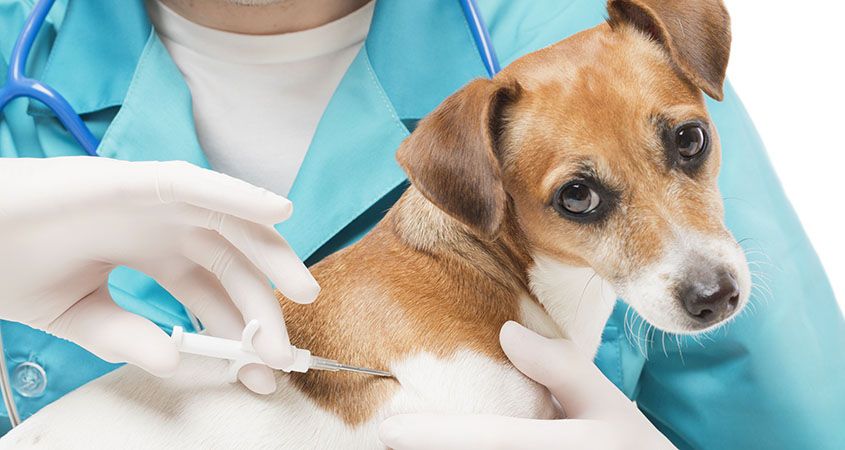 Pets can be a considerable investment. In addition to expenses like food, toys and behavioral training, they’ll need vaccinations and spaying or neutering.

When you adopt a dog from a shelter, however, many of those early expenses have already been paid for. When animals go to a shelter, the staff usually spay/neuter them and give them their first round of vaccinations. Some dog adoption’s may include an already trained dog as well. No need to shell out extra bucks for training at Petsmart! (You can still get plenty of other stuff there, though.)

Some shelters even microchip their dogs, making them easier for them –and their eventual owners—to find! There’s no extra charge for this either; you just pay the price for the dog adoption and that’s it. Some shelters may be so eager not to put down a healthy animal that you could even adopt a puppy for free!

3) Adopting a Dog vs Buying from a Breeder = No Contest 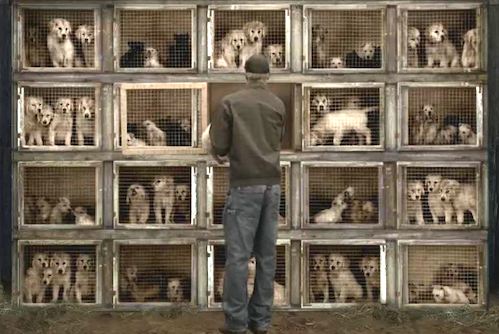 Don’t get us wrong—plenty of dog breeders are very considerate and love the animals they raise. Unfortunately, lots of breeders are also just interested in making a buck in the dog adoption industry.

Some breeders set up what are known as puppy mills. As the name suggests, puppy mills are simply factories that pump out dogs. They don’t see these animals as companions or family members. Instead, breeders who run puppy mills see dogs simply as products to be sold.

Because puppy mills don’t care about the dogs they raise, the dogs at these facilities live under appalling conditions. They get little or no medical care and almost no socialization. They are forced to breed constantly to the point where their health is endangered.

All of this goes on for years until the dogs are no longer profitable. At that point, they’re killed outright, sold off to unsuspecting buyers or thrown away. As you might expect, puppies that are born in mills often end up having significant health problems as they age too.

Now that we’ve sufficiently depressed you, you may well ask what you can do to stop these horrific practices. One great option is (as you may have already guessed) to dog adoption, which helps prevent puppy mills from profiting off the misery of animals.

Although puppy mills are illegal, they still manage to sell puppies to pet stores and online. In fact, if you’ve ever bought a dog from a store or from a dog adoption website, you’re almost guaranteed to have received a dog from a puppy mill. When you adopt a dog from a shelter, you’re keeping money out of the pockets of underhanded, heartless breeders. 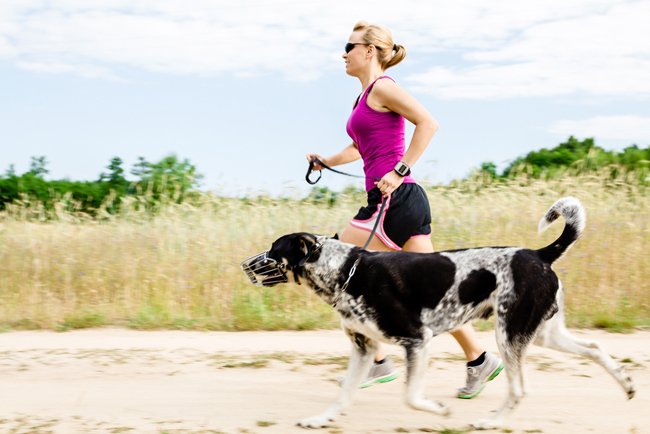 Dog adoption doesn’t just save the lives of animals—it helps yours too. A variety of studies have found that there are physical, emotional and psychological benefits to owning a pet. Dog owners have been better able to deal with stress, anxiety and depression. It helps that dogs are loving and loyal by nature: When you’re depressed and feel like no one could care about you, the unconditional love of a dog can help you think otherwise.

The basic rituals of dog ownership can improve your physical and mental well-being too. Taking your dog for a walk gives you a reason to go out, which can help you work through depression and anxiety. Playing with your dog encourages your body to produce more serotonin and dopamine, which helps you feel more at ease. Even petting your dog can relieve stress and lower your blood pressure! These great health benefits make dog adoption an attractive natural remedy for some of the health ailments you may have.

5) Older Dogs are Great for Kids and Families 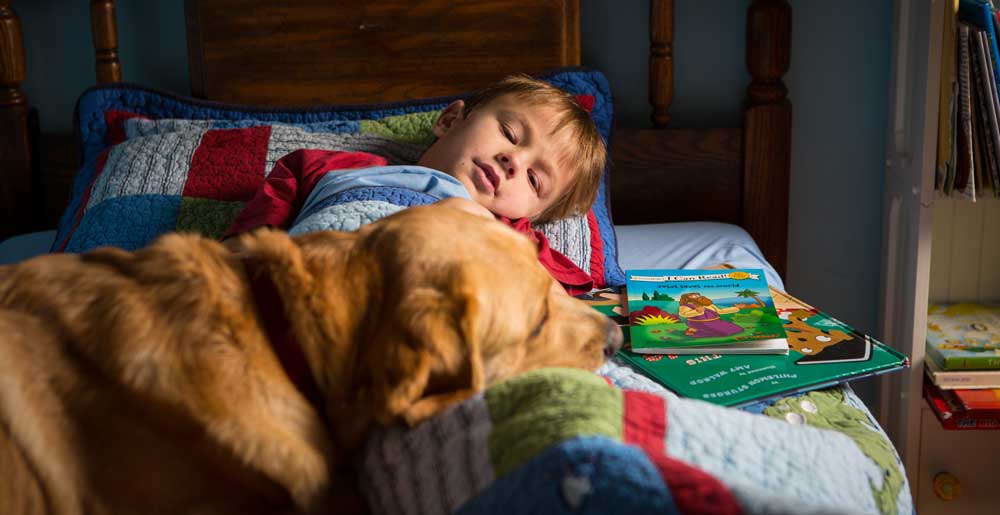 As we mentioned earlier, many dogs that stay at shelters have already been trained, socialized and housebroken. This makes them an ideal candidate for dog adoption if you have children. Mature dogs are less likely to freak out and injure a kid. They’re also less inclined to tear up your furniture.

At the same time, having a pet can do kids a world of good. Owning a pet can teach them how to be responsible and considerate. If your kid suffers from separation anxiety, a loving dog can help them feel safe. And of course, both dogs and kids love having a playmate!

6) You’ll Save the Lives of Other Dogs

As you might have guessed already, shelters are frequently overcrowded. They take in millions of animals each year, which means they need all the room they can get. When you opt for dog adoption from the shelter, you help them make space and give them the chance to help another stray or abused animal.

In a sense, dog adoption is a gift that keeps on giving: It helps you, it helps your dog and it helps other people and canines.