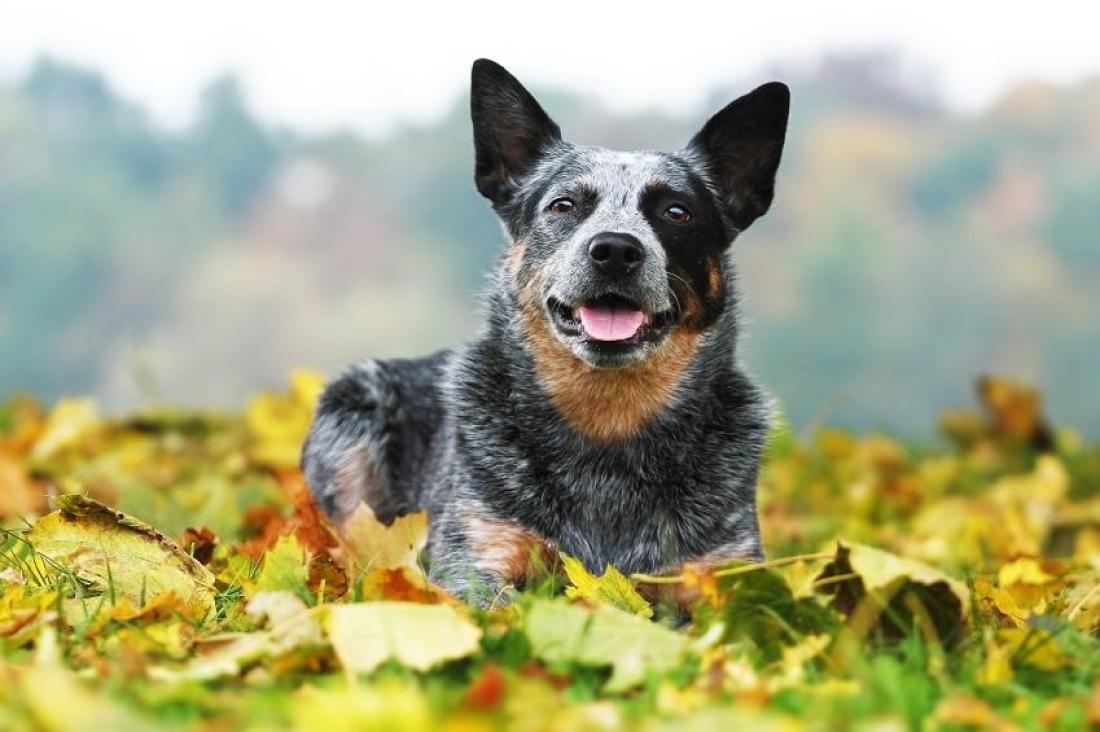 Australian Cattle Dogs are gorgeous, yet unusual-looking dogs. A great part of their appeal is that while you can always spot an ACD, there is a ton of diversity within the breed. Each dog has a different patterned coat that gives them their own unique flair.

The unusual beauty of the ACD may have caught your eye. But as every responsible dog owner knows, you shouldn’t choose a dog based on looks alone. You should also consider other aspects like their temperament, energy level, and intelligence. That’s how you choose a dog that will fit like a glove with your family and lifestyle.

Would an ACD be a good fit for you? Find out by checking out these 7 facts about Australian Cattle Dogs.

1. They Were Bred to Work

Australian Cattle Dogs hail from, surprise surprise, Australia! Ranchers back in the 19th-century needed a good dog that could help them herd their cattle.

A large part of their job was to nip at the heels of cattle in order to correct them when they went astray. For that reason, they have been dubbed “heelers”.

2. They Have a Ton of Energy

Australian Cattle Dogs are highly energetic dogs. Those ranchers needed a dog to be fast enough to run down stray cattle and to do it all day as necessary.

For this reason, it’s best to get an ACD only if you have a large yard or at least some way for the dog to run. ACDs don’t adapt very well to apartment living or being kept indoors all the time. They need space to run.

3. They Are Scary Smart

Another very important factor that the Australian ranchers were looking for was intelligence. They needed a dog that could be trained well to look after cattle. The dog needed to obey off leash commands and understand how to outsmart the cows on their own.

To that end, you’ll find that an ACD will need at least a certain amount of mental stimulation in addition to exercise. An ACD will get bored easily if he doesn’t have anything to do.

4. They Are Velociraptors in Disguise

ACDs were bred to work. They were bred to be aggressive with headstrong cattle. Thus, in addition to being strong, energetic, and smart–they are also incredibly stubborn. And if they don’t get enough mental and physical stimulation they tend to get destructive.

If you leave an ACD in your house day after day with no toys and nowhere to run, prepare to have your furniture destroyed. He might behave himself for a day or two, but then he’ll seem to lose his mind and the closest piece of furniture will meet an unsightly end.

There is a reason for this popular meme that is circulating on the Internet. Cattle dog owners lovingly refer to their stubborn little companions as velociraptors in disguise.

Don’t plan to have an ACD in your home unless you like dog hair all over your clothes. Their hair is short and seemingly easy to maintain. But they have a thick undercoat that they “blow out” once or twice a year.

For the most part, you only have to groom an ACD once a week or so. But during their shedding period be prepared to brush daily or you will think your dog exploded all over the floor. Here are some of the best dog beds for shedding that will help alleviate some of ACD’s maintenance.

6. Kids and Other Dogs/Animals

ACDs can do well with children and other animals, but only if they are socialized properly from puppyhood. They are playful, but if they weren’t raised around children they may play a little too rough at times.

They are a very loyal breed and as such take their job as protectors of the family very seriously. Because of this, ACDs can be aggressive towards anything they perceive to be a threat. This includes people or animals that are not part of the family.

They are sometimes referred to as “Velcro” dogs because they love being in close proximity to their people. When we say close proximity, what we really mean is sitting on your foot or in your lap if possible.

7. There Is an ACD in the Guinness Book of World Records

Bluey, the ACD, earned a spot in the Guinness Book of World Records by living for a very long time. This dog was a legitimate Australian Cattle Dog that spent almost 20 years of his life working cattle on a ranch in Australia.

We know that most dogs wouldn’t have the energy to work so hard that long. But Bluey just kept going and going. He finally passed peacefully on November 14, 1939, at the ripe old age of 29 years and 5 months.

Do YOU Have What It Takes?

Australian Cattle Dogs are incredibly smart and loyal dogs, but they won’t do well in just any home. You should understand what you’re getting into before you buy or adopt an ACD. Make sure you can handle their prowess and give them lots of space to work off their energy.

The flip side is that once an ACD adopts you, you will have a loyal friend for life. The bond between an Australian Cattle Dog and their person is something sweet and strong that few have the honor to experience. 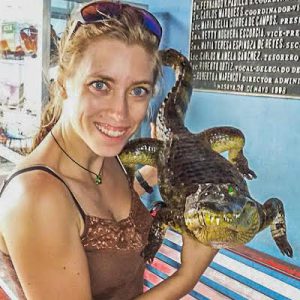 A freelance writer originally from the United States, I now live in Costa Rica with my husband, daughter, and our Australian Cattle Dog, Tazky. Any chance we get we're going on an adventure in the rainforest and Tazky is the constant companion and self-declared protector of our little girl. I’ve had dogs my whole life and am so happy that my little girl will grow up with such an awesome buddy.