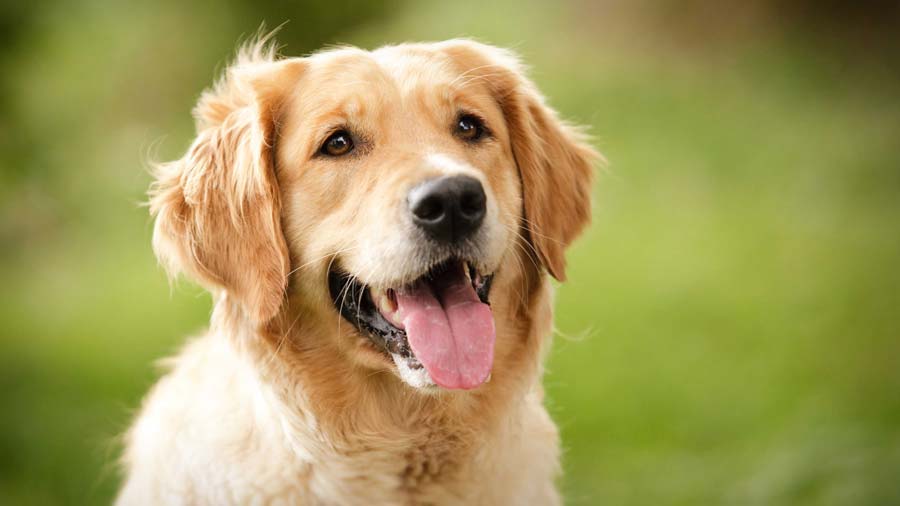 Just as human hair grays as we get older, Golden Retriever’s fur also darkens with age. Then it lightens with gray hairs in their senior years.

Augie, a special Golden, was able to hold five tennis balls in his mouth. Way to go Augie!!!

A Golden Retriever’s expected lifespan is 10 to 12 years. However, some do live longer with care, a great diet, exercise and lots of love.

Sadly, cancer is common in Goldies. This is one of the reasons why their average life expectancy is less. It’s crucial to request a genetic test from a pup geneology when you’re looking to adopt a Golden Retriever puppy. You want to find one with very little cancer history in their genetic pool.

Because Golden’s love to eat, they’re often overweight. This causes a lot of health issues, especially joint problems as the Golden Retriever ages. It’s estimated more than half of Golden Retrievers are overweight! But, with proper exercise and controlling their diets, you can keep them at a healthy weight all through their life. Just have to make sure you don’t give into them when they beg for more food!

Who doesn’t want a mini Golden? Well, they don’t exist. They’re often bred with a smaller bred making them a Golden Retriever mix. Sometimes they have dwarfism genes that result in a smaller Golden Retriever. There are also some instances where breeders will breed runts together to produce a smaller version of Golden Retrievers. However, this will not yield in a true “mini” version because mini’s are usually less than 25 lbs.

How Big of a Crate Does my Dog Need? Previous post
How Do I Choose the Right Crate for My Dog? Next post

Any cookies that may not be particularly necessary for the website to function and is used specifically to collect user personal data via analytics, ads, other embedded contents are termed as non-necessary cookies. It is mandatory to procure user consent prior to running these cookies on your website.